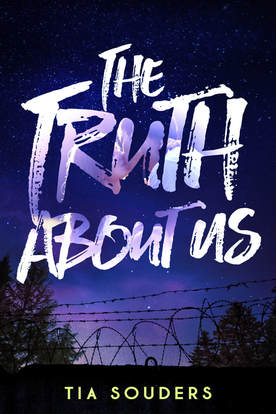 Not much in life registered higher on the creepy scale than staring a corpse in the face. Except maybe when it was someone she loved. Someone with secrets.

Reaching into the pocket of her black pants, she fingered the edges of the folded stationary she discovered in her grandmother’s old jewelry box, tucked beneath her freshwater pearls like buried treasure.

Ten years ago, I discovered a family secret, one that could very much change our lives… The words burned themselves in Abby’s skull, marring this goodbye with an unexpected ambiguity.

Since the moment her grandmother died, Abby dreamt of hearing from her again, dreamt of seeing the familiar crease of her aged skin spread with the curl of her smile, those sparkling blue eyes set off by a shock of thick, white hair. Only four days had passed since her death, and the ache in her chest reminded her of the loss every day. They were days of numbness and disbelief, but of all the things Abby hoped to hear in the wake of her passing, this wasn’t it.

“Abby, you ready?” A hand came down over her shoulder. She turned to the sound of her mother’s voice.
Puffy, bloodshot eyes stared back at her as her mother nodded toward the exit of the funeral home. It was time to leave. Her final goodbye had passed her by, and all she could think about was the letter in her pocket.

Abby glanced at her grandmother one last time and couldn’t help but feel she had gained no amount of closure from this farewell.

By the time she arrived back home and retreated to the comfort of her bedroom, alone with nothing but her thoughts, the weight of the letter in her pocket nearly crippled her, outweighing her grief by a thousand to one.
Sliding her hand into her pocket, she removed the letter and unfolded it. She imagined GG writing it—pressing pen to paper, her brow furrowed in concentration.

Swallowing over the rock-sized lump in her throat, Abby pushed down the swell of anxiety wreaking havoc in her chest. The thump of her pulse strummed a rhythmic beat in her ears, drowning out the sound of her mother’s sobs coming from the next room, as she sunk down onto her bed, everything else forgotten as she read her grandmother’s words with fresh eyes.

My dearest Abigail,
​
Ten years ago, I discovered a family secret, one that could very much change our lives forever. Up until that point, I thought myself to be a strong woman. I prided myself on living my life without fear. I thought I’d be brave in the face of adversity, but when faced with difficulty, often times, we react differently than imagined. It’s these moments, the choices we make when faced with a critical decision, that determine true strength and character.

If you’re reading this, I’m gone from this world—off to a better place—somewhere I hope I won’t be punished for turning the other cheek. You see, over ten years ago, I stumbled upon a lie. This lie turned into secrets. And secrets into more lies.
I should’ve pushed, questioned, and revealed what I knew, allowing the truth to uncover itself, but I didn’t. Instead, I buried what I learned, making excuses for myself and hiding behind my denial. The mind is a powerful thing. Tell yourself something enough and you believe it.

Combining with denial was my lack of concrete proof. I won’t go into detail now, but I had speculation, a hypothesis if you will, and little else. By the time an opportunity for more information presented itself, it was too late. I had already locked the secrets away, and the one person who knew of my search for answers was silenced.

My darling, I am sorry to say in my final moments on this earth, I regret my choices. Now, the burden of proof is on you.

Only one other person knew about this. To my knowledge, he had the missing pieces to the puzzle. He harbored the proof you will need to be believed. Unfortunately, you will receive no answers from him now.

But the answers are out there somewhere. Waiting to be found. I am sure of it. If only I had the time to find them now, maybe I could right this wrong.

My hope is for your curiosity and your love for me to be a driving force in your motivation to uncover our family’s past, our history. But if it’s not, I have left you a trust fund. There is a substantial amount of money sitting in a bank account in your name, enough to pay for college and start a new life for yourself upon graduation.

As my cancer worsened and my time drew near, I gave my lawyer implicit instructions. One was to release the trust to you, but not until you have received all of my letters and unraveled the truth. Another, was that on the night of my funeral, he was to arrange a special meeting. Be at Myer’s Community Park at ten o’clock tonight. There, you will receive your first clue.

Be brave, my Abby. This secret is our past. Revealing it will be your future.

Abby clutched the letter in her hands, turning to the clock on her nightstand. It was seven o’clock. Three hours before she was supposed to be at the park, and she had no idea what to do.

This was her grandmother, she told herself. Trust fund aside—because she didn’t care about the money—she only cared about what was clearly her grandmother’s dying wish.

Of course, she should go. Shouldn’t she?

Her stomach clenched as she mulled over her decision. The fact the request had come from GG was of little consolation. She hadn’t known this woman with secrets. She only knew the one who played dolls with her as a child, baked her favorite cookies, and laughed with her over a game of cards.

More importantly, her grandmother was dead, so who would be waiting for her when she got there?